Write into the Light

Inspiration for those with Mental Illness 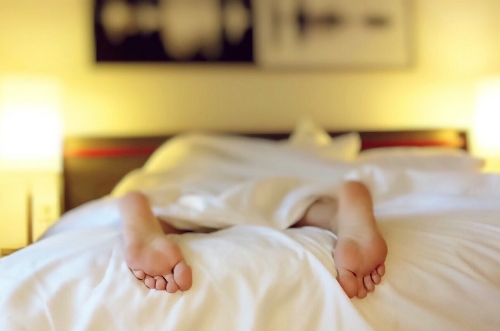 I spend a large part of my day in bed. I’ll admit it right now, I do. I sleep at night and most of the morning and get up for the afternoon and early evening time to do some self care and house chores and back to to bed again I go.

Many of the morning hours are spent sleeping away migraine, of which I have chronically. Depression plays a role in my perpetual inertia as well.

It seems the more that is demanded of me, the more migraines I get and the more depressed I become. Therefore, it has become this catch twenty two of not doing because of the fear of becoming sick and being sick, so not doing.

It sounds like a fairly pathetic life if you’ve read how I’ve written it out thus far, but there are so many things I do on a fairly regular basis when I am out of bed. For example, I cook and clean and write and create art and raise children! I take pictures and participate in social groups and keep up with a multitude of doctors appointments. I am a dutiful wife, a generous friend, and a eager volunteer.

So many things I am capable of, but I’m only able to do them for short spurts of time with much rest in between activities. That I’m able to do them at all I so am grateful!

Mental illness and chronic pain have taken a typical life from me, but I still have a life and this is what it looks like.

Is your life with mental illness typical or atypical? Do you have trouble getting out of bed?

In particular, migraines affect 1 in 7 persons with bipolar disorder, which is 3 times more likely than the general population. I’ve been living with chronic migraine for ten years now. Some days I feel like it’s a death sentence. Some days I wish that sentence was carried out. My doctors are still trying to figure out a way to decrease the frequency of my 8 to 12 migraines per month. Apparently, “bipolar disorder and migraines are multifactorial in etiology—there appear to be vascular, cellular, molecular, neurochemical (serotonergic and noradrenergic), and genetic (KIAA0564) components in common between bipolar disorder and migraine conditions.”

Pain and Mental Illness’s Affect on One Another

Sometimes tricyclic antidepressants or other select antidepressants can be used to help minimize physical pain symptoms as well as address depression symptoms in some patients. Care needs to be taken in patients with bipolar disorder, however, due to the increased risk of triggering a manic episode in those who take antidepressants alone. Often times, a mood stabilizer will be used in conjunction with the antidepressant in these patients.

This is exactly the treatment I am currently receiving under the care of my physician. I am excited to see if it will decrease the frequency of my migraines while addressing my depression and anxiety symptoms at the same time.

Non-pharmaceutical treatments for physical pain and some mental illness symptoms can include things such as meditation, yoga, exercise, prayer, talk therapy, and diet modifications.

Work with your doctor to figure out what may be the best course of action for you. The most important thing is to not give up hope and to never give up trying to find a way out.

There’s a new study out that suggests a link between bipolar disorder and migraines. More specifically, “six percent of the study’s healthy control group had migraines, compared with 31 percent of the 412 bipolar patients.”

As someone who has bipolar and who also suffers from chronic debilitating migraines, I found this study very validating to my situation.

Researchers found that those with bipolar disorder who experience migraines are “at risk for worse psycho-social functioning, more severe depression, and earlier onset of bipolar symptoms.”

This gives me all the more reason to keep working with my doctors to decrease the frequency of my migraines. There have been many times I have just wanted to give up, thinking that this is as good as it gets, but then I tell myself that I have to keep trying, keep fighting, keep searching – new meds, new doctors, new triggers, new ideas, just keep talking to people and researching.

Over the past three years my migraines have went from 3-4 per week to 1-2 per month! What a huge difference!!! It took a lot of trial and error and perseverance and patience to get to this point, but it was worth the relief from the horrific pain these migraines can bring.

Do you have bipolar and suffer from migraines too?

Write into the Light makes no guarantees about the validity or accuracy of information posted on this site. None of the individual contributors, system operators, developers, sponsors nor anyone else connected to Write into the Light can take any responsibility for the results or consequences of any attempt to use or adopt any of the information presented on this web site.